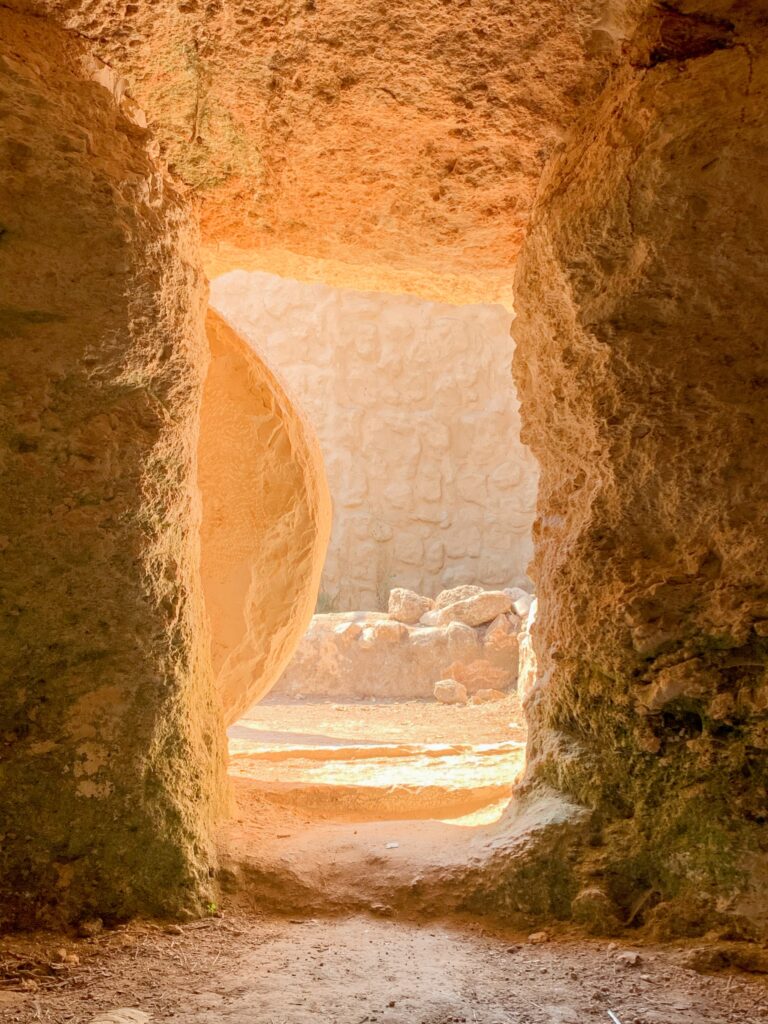 After Jesus died on the cross, Joseph of Arimathea asked Pilate for the body, but Pilate was surprised to hear that Jesus was already dead, so he asked the centurion if Jesus was dead. After verifying the fact, Pilate released the body to Joseph. Joseph, a secret disciple of Jesus, was also member of the Jewish ruling council, but he had not consented to executing Jesus. With the help of Nicodemus, Joseph took Jesus’ body down for the cross. The two of them wrapped the body in linen cloths with spices according to Jewish burial customs and laid the body in a tomb that Joseph owned and placed a large stone over the entrance. The author of life was dead and buried.

The chief priests and the Pharisees feared Jesus’ disciples would snatch his body and falsely claim that Jesus had risen from the dead. To make sure this didn’t happen they set a seal on the tomb and posted soldiers to guard the tomb. The disciples were ordinary people including fishermen, a tax collector, and women; they were not soldiers. Jesus’ followers were not equipped to overpower trained military personnel. The enemies of Jesus made absolutely sure his disciples could not steal away the body of Jesus. It is ironic that those that hated Jesus remembered his prediction that he would rise from death after three days while those that loved him didn’t understand the prediction and had forgotten all about it. Taking the body of Jesus never entered the minds of his followers. In fact, when the disciples were first told about the resurrection, they did not believe it.

At dawn on the first day of the week, Mary Magdalene and two other women headed to the tomb to anoint Jesus’ body with spices. As they went, a powerful earthquake shook the area and an angel of the Lord descended from heaven and rolled away the stoned that covered the tomb and sat upon it. The angel had snow-white clothes and the appearance of lightening; the guards were paralyzed with fear. The angel told the women Jesus had risen; the women entered the tomb and saw the place where Jesus’ body had been, then they went and told the disciples.

Anyone who disputes the resurrection of Jesus should explain how Christianity continued on after the crucifixion. From a human perspective, the leader was dead, his followers feared for their lives, and thought their movement was over with their hopes buried in the tomb with Jesus, but something happened that changed their lives and the course of history. God intervened and raised Jesus from death. The plans of evil men were shattered, and the confidence of the disciples returned as they slowly realized their leader was alive again.